The Alakantti project was a textbook perfect hackathon story. We formed the team and got together to discuss ideas before the event. We shortlisted ideas and left the decision to day of the event, after speaking with the sponsors of the tracks and seeing what materials and support they provided. At the event we decided to go with a Telia (a major Finnish telecom) challenge. They provided aggregated and anonymised data of crowd movements as a service, and we could do whatever we wanted with it.

You might have heard of, Smartly is a powerhouse of Finnish startups. They do ad and campaign optimization for social media platforms like Facebook advertising. And so we though, hey, why not do that but for digital outdoors? And so we did. The value proposition of our idea was simple: Give us an amount of money for your campaign, for how many days you want to run it, and we’ll optimise the placement of the ad on digital outdoors according to a forecast of population movements.

The team composition was almost perfect: with one PhD Data Scientist, 2 developers, one DevOps/SRE and one Project Manager / Business dev (we didn’t have a UX designer). All went smooth sailing, but we needed to find actual data for outdoor placement. No problem, since the JCDecaux site used a fairly simple API on their website to show outdoor placements (remember this, it’s important).

After 3 exhausting days, we pitched our idea and our (functioning) demo, and won first place on the track 🎉 Each of us got brand new pair of headphones, and we got to visit one of the biggest data centers in Europe (a really nice experience for me).

However… JCDecaux did not appreciate that we used their API without permission. Telia posted about this event on their normal media channels, and that caught their attention. We were invited by Telia to present the idea to JCDecaux and who knows, we thought, discuss a possible future for that idea.

Here comes some of the learnings. We had an idea, a prototype and a business case, but we were destroyed during that meeting. For example, we said that we used “simple” and open source models to optimise the ad placement (using the Knapsack method). This was a starting point to completely discredit our work. And our full dependency on Telia’s data meant that we couldn’t just start off on our own.

There is the possibility that we were meant to be destroyed during that meeting. At at the end of the day we might have served as a fantastic showcase for the capabilities of Telia crow data. A good sales pitch about what JCDecaux would be able do if they bought access to the data from Telia.

Another possibility is that making outdoor campaigns more efficient cannibalizes JCDecaux business, despite improving user experience for their customers. For this reason our project might not have been in their best interest. To this day, (Almost 3 years later) the experience for outdoor advertisement campaign creation in JCDecaux hasn’t changed. 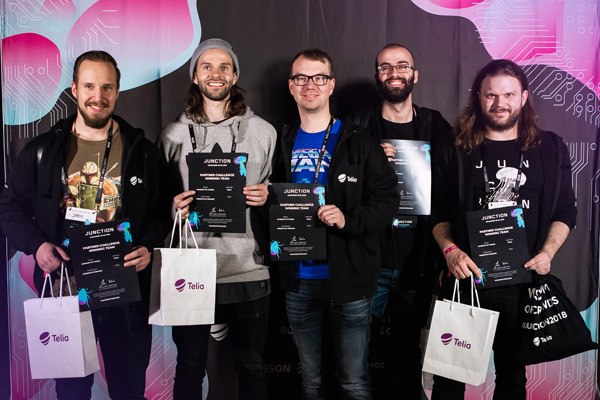